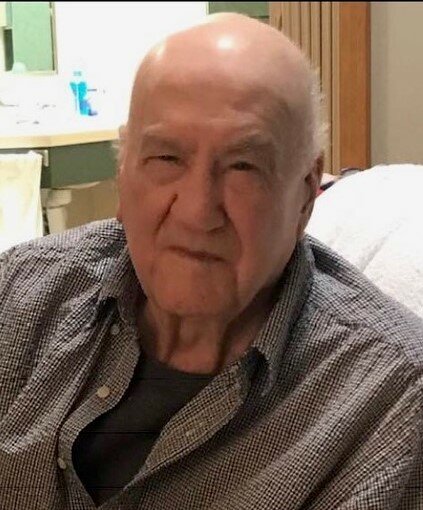 Please share a memory of Victor to include in a keepsake book for family and friends.
View Tribute Book

Victor J. Cardillo, 97, of Utica, NY, passed away on Sunday, January 8, 2023, at Masonic Home, Utica.  He was born in Utica, NY, on January 18, 1925, son of the late Joseph and Judith Carlucci Cardillo.  Victor was educated in Utica schools.  He served with the United States Marine Corp. during WWII in the 3rd Infantry division as a fighter mechanic serving honorably from 1943 to 1946 in the Pacific Theatre.  Victor was in the Battle of Okinawa and received a Battle Star.

Victor was owner of Lansing Auto Parts, Utica, with his brothers, Patrick and Rufino Cardillo.  He was very active in the International Federation of American Homing Pigeon Fanciers along with his pigeon club The Lansing Auto Loft of Utica, NY.  Victor also enjoyed hunting and metal detecting.

Surviving is a daughter, Janice (Michael) Smothers, Vernon, NY, his beloved grandchildren: Douglas Beach, Carrie Dentino and Alan DeFazio and great- grandchildren:  Gianna DeFazio and Canaan DeFazio.  Also surviving are two sisters: Mary Utter and Carmellina Mear, both of Utica and several nieces and nephews.  He was predeceased by his parents, a daughter Gayle Wilcox, two brothers; Patrick and Rufino Cardillo and a nephew Victor Cardillo.

Private Funeral Services with Military Honors will be held at Calvary Cemetery.  There are no calling hours.

Funeral Services will be private.

Burial with Military Honors will be held at Calvary Cemetery.
Online Memory & Photo Sharing Event
Online Event
About this Event

Share Your Memory of
Victor
Upload Your Memory View All Memories
Be the first to upload a memory!
Share A Memory
Send Flowers
Plant a Tree