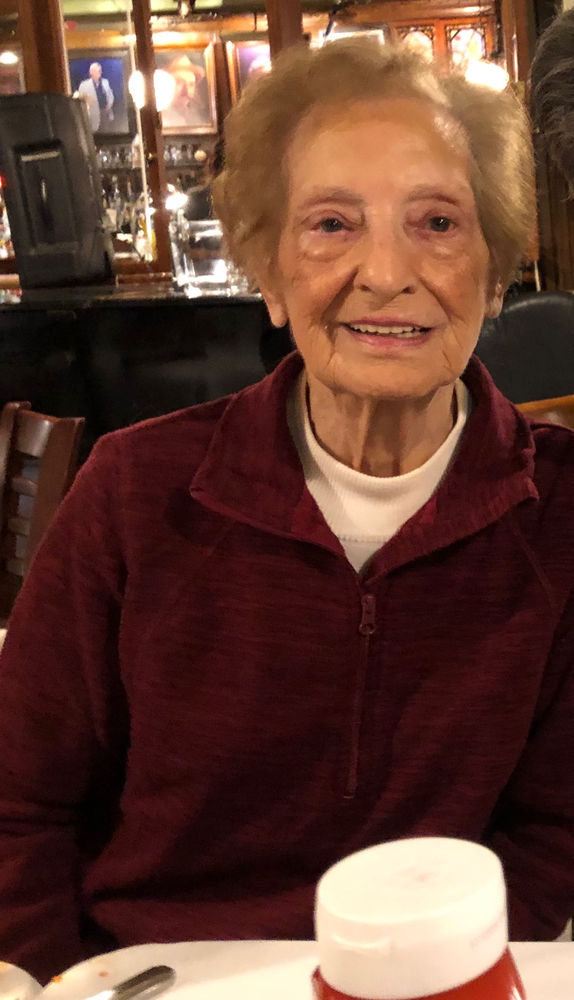 Please share a memory of Sue to include in a keepsake book for family and friends.
View Tribute Book
003-020 Sue M. (Cangiano) Peluso Sue M. (Cangiano) Peluso, 90, of Rome passed away Friday, January 10, 2020 at Rome Hospital. She was born in New Castle, P.A. on March 18, 1929 daughter of the late Antonio and Assunta Cangiano. Sue graduated from New Castle High School, later receiving a license to practice Cosmetology. On October 1, 1949, she married Louis A. Peluso. Mr. Peluso passed away on March 22, 1990. Sue was the owner and operator of Sue's Beauty Salon on North Washington Street in Rome, retiring after many years of service to the community at the age of 80. Sue was an avid New York Yankee Baseball fan; she enjoyed watching any sports event with her son-in-law, Jerry. She spent many enjoyable hours reading and gaming at the casino. Her happiest times were spent sharing meals and laughter with her family, especially for Sunday dinners. Surviving are a daughter and son-in-law, Carolyn and Jerry Corigliano; two grandchildren, Shannon and Michael McPheron, and Rocky and Lyndsay Corigliano; four great-grandchildren, Michael McPheron, Mikayla McPheron, Ayden Corigliano, and Madyson Corigliano all of Rome. Also surviving are many nieces, nephews, great nieces, great nephews and cousins. Mrs. Peluso was predeceased by two infant sons, Louis, and Patrick Peluso; three sisters, Antoinette Exposito, Mary Ryan, Teresa Dinucci; and three brothers, James Cangiano, Carmen Congini, and John Cangiano. Friends may call at St. John the Baptist Church on Monday morning from 10:00 a.m. to 11:00 a.m. Funeral services will be held on Monday morning at 11:00 immediately following visitation where a Mass of Christian Burial will be celebrated with the Rev. Abe Esper officiating. Burial will be in St. John's Cemetery at the convenience of the family. Arrangements are by the Nicholas J. Bush Funeral Home, Inc., 7751 Merrick Road. Rome, NY. Memorial contributions may be made to the American Cancer Society. Envelopes will be available at church. To offer online condolences, please go to www.njbushfuneralhome.com

Share Your Memory of
Sue
Upload Your Memory View All Memories
Be the first to upload a memory!
Share A Memory
Send Flowers
Plant a Tree