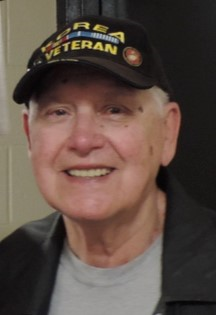 Please share a memory of Alfred to include in a keepsake book for family and friends.
View Tribute Book
Alfred "Scotty" Pereto, 85, of Rome, passed away Tuesday, February 4, 2020 at Bethany Gardens. He was born in Rome, NY, on March 21, 1934 son of the late John and Edna Davis Pereto. Scotty graduated from Rome Free Academy. He honorably served with the U.S. Marine Corp., with the rank of Sergeant during the Korean War. He received the National Defense Service Medal, Korean Service Medal, United Nations Service Medal and Good Conduct Medal. On November 2, 1957 he married Marilyn Drumm in Syracuse, NY. She passed away February 25, 1984. Scotty retired from the Social Security Administration as a claims representative. He was a member of HP Smith Post #24 American Legion and VFW Rome Post #2246 for several years. Aside from all of his many accomplishments, his greatest legacy will be the love that he has imprinted on everyone he has ever met. Scotty will be fondly remembered for his unwavering gentleness that can only come from having a heart of gold. His charming mannerisms will be greatly missed by anyone who was ever lucky enough to make eye contact with him, as that was all it took for you to feel like you had a friend in the room. Surviving are two sons and a daughter-in-law; Scott and Karen Pereto, Oriskany, Mark Pereto, Rome, two daughters and sons-in-law; Dawn and David Corcino, Raeford, NC, Lee Ann and Patrick Westfall, Post Falls, ID, six grandchildren; Jenina, Alyssa, Stephen, Luke, Cory and Dante and nine great-grandchildren. Also surviving are two brothers and a sister-in-law; John Pereto, Roger and Mary Pereto, all of Rome and several nieces and nephews. He was predeceased by his wife Marilyn, brothers and sisters-in-law; Richard Pereto, Ralph and Judy Pereto, Carmella Pereto, three sisters and brothers-in-law; Edna and Ken Key, Betty and Earl Hall, Jessie and Donald Dunn. Funeral Services will be held on Saturday, February 8, 2020 at 2:00 p.m., at the Nicholas J. Bush Funeral Home, Inc., 7751 Merrick Rd. Friends may call at the funeral home on Saturday from 12:00 p.m. – 2:00 p.m. Burial will be in Rome Cemetery. In lieu of flowers memorial contributions may be made to Bethany Gardens Activity Fund, 800 W. Chestnut St., Rome, NY 13440. To offer online condolences, please visit www.njbushfuneralhome.com
Saturday
8
February

Share Your Memory of
Alfred
Upload Your Memory View All Memories
Be the first to upload a memory!
Share A Memory
Send Flowers
Plant a Tree