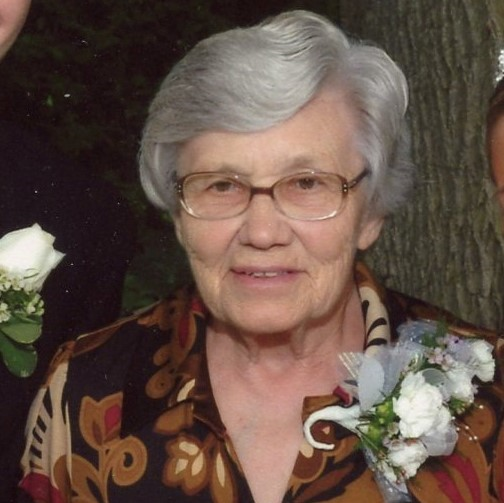 Obituary of Mary A. Hall

Please share a memory of Mary to include in a keepsake book for family and friends.
View Tribute Book
Mary A. Hall, 90, of Rome, passed away Tuesday, May 12, 2020, at The Grand Nursing and Rehabilitation Center. She was born in Rome, NY, on January 23, 1930, daughter of the late Charles and Dorothy Haniker Phetterplace. Mary attended Rome Schools. On October 22, 1949 she married William Hall in Rome, NY. He passed away on May 4, 1979. Mary retired from Betsy Ross Nursing Facility and was a former employee of Rome Memorial Hospital. Mary loved making her crafts and watching football, especially the New England Patriots, Green Bay Packers and Alabama. Surviving are a daughter and son-in-law, Patricia and Louis Ciotti, Sr., a son, William "Mike" Hall, all of Rome, four grandchildren; Sharon Ciotti, Louis Jr., and his wife, Rebecca Ciotti, Kyle Corteaux and Channing Hall, two great-grandchildren; Lilliana and Clara Ciotti. Also surviving are two sisters, Charlotte Malouf and Mildred Hatch, both of Rome, a brother and sister-in-law, Charles and Harriet Phetterplace, Mohawk, NY, sisters-in-law; Grace Phetterplace and Betty Phetterplace and several nieces and nephews. She was predeceased by three brothers; Lyle, Kenneth and Robert Phetterplace. The family wishes to express a special thank you to Wing 2 of The Grand, especially Justine, GiGi, Zoey and Mother Tonya, for their care and compassion shown to Mary. Services will be private. Burial will be in St. John the Baptist Cemetery. There are no calling hours. Arrangements are by the Nicholas J. Bush Funeral Home, Inc., 7751 Merrick Rd. To offer online condolences, please visit www.njbushfuneralhome.com