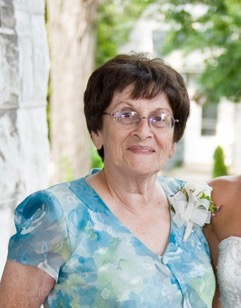 Please share a memory of Jennie to include in a keepsake book for family and friends.
View Tribute Book
Jennie Messineo McGee passed away peacefully at the age of 91 on Sunday, June 14, 2020. She was born on November 27, 1928 in Rome NY, daughter of the late Joseph and Rose Carletta Messineo. Jennie was a 1946 graduate of Rome Free Academy. After graduation she ventured to New York City to attend NYC Fashion Institute. She loved living in southern California, moving there in the mid 1950's with her best friend Delores Dorsino and cousin, Rosie Carletta. The three of them stayed in California, where they remained life long friends and raised their families. Her career started at Griffiss Air Force Base in Rome, NY as a clerk. She continued with the Department of Defense in California retiring as a Contract Administrator after 33 years in her beloved Huntington Beach. Jennie resided in southern California for over 50 years, raising her daughter there. Jennie spent many of her last years with her daughter in Rome, NY. Over the years she hosted her cousins and nieces who also chose to make their homes and raise their families in California. Notably, her favorite cousin and lifelong friend, Dick Grifasi,his wife Carla, and Jennie's nieces; Rosalie Messineo Bray and Joyce Messineo Pope. Jennie was an avid seamstress, designer, and tailor and could make clothes for any occasion. She made dresses for her nieces Rosalie and Joyce when they were little, and continued that tradition sewing for her granddaughter Jenna. Jennie loved art of all kinds, nature, gardens, paintings, the performing arts, theater, music, particularly jazz and Louie Armstrong, and dancing the jitterbug which she taught her sisters and cousins. She was an artist who created beautiful watercolor paintings and exquisite Brazilian Embroidery. Jennie enjoyed traveling and was able to venture to many far-reaching parts of the world. Jennie is survived by her daughter Catherine McGee Lambert and son in-law Edward, her adored granddaughter Jenna Lambert Stagner and her spouse, three great grandchildren, her stepchildren Patricia McGee Downey and Michael McGee and several nieces and nephews. She was predeceased by three brothers, Joe, Sam and Charles Messineo and four sisters Theresa Giachetti Stevens, Marie Novak Davies, Sue Aquino, and Josephine DiCaprio Giardino. In keeping with her wishes there are no services. Arrangements are by Nicholas J. Bush Funeral Home, Inc., 7751 Merrick Rd. To offer online condolences, please visit www.njbushfuneralhome.com

Share Your Memory of
Jennie
Upload Your Memory View All Memories
Be the first to upload a memory!
Share A Memory
Send Flowers
Plant a Tree