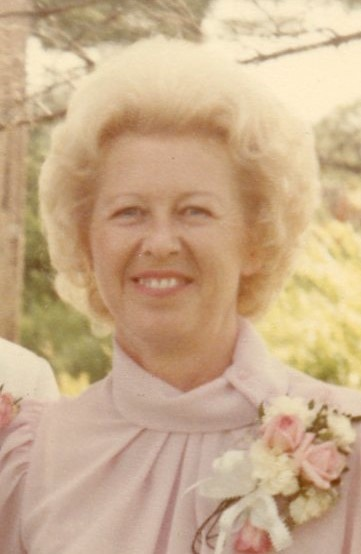 Please share a memory of Mary to include in a keepsake book for family and friends.
View Tribute Book

Mary E. Pauba, 85, of Rome, passed away peacefully on Monday, October 5, 2020. She was born in St. John's, Newfoundland on November 1, 1934 daughter of the late Daniel and Mary French Doran. On April 18, 1954 she married John E. Pauba in St. John's Church in Newfoundland. John was in the U.S. Air Force, stationed in many countries, and at Griffiss Air Force Base. Mary became a United States citizen after John passed away on June 13, 1984. She was a member of St. John the Baptist Church, Rome.

Mary loved to cook and bake for her family and enjoyed going to Turning Stone Casino.

Surviving are her beloved children, two daughters and a son-in-law; Cathy

Rest in Peace Mary, for you will be forever missed.

Graveside Services will be held on Thursday, October 8, 2020, at 11:30 a.m., at St. Johns the Baptist Cemetery with the Rev. Paul F. Angelicchio officiating. There are no calling hours.