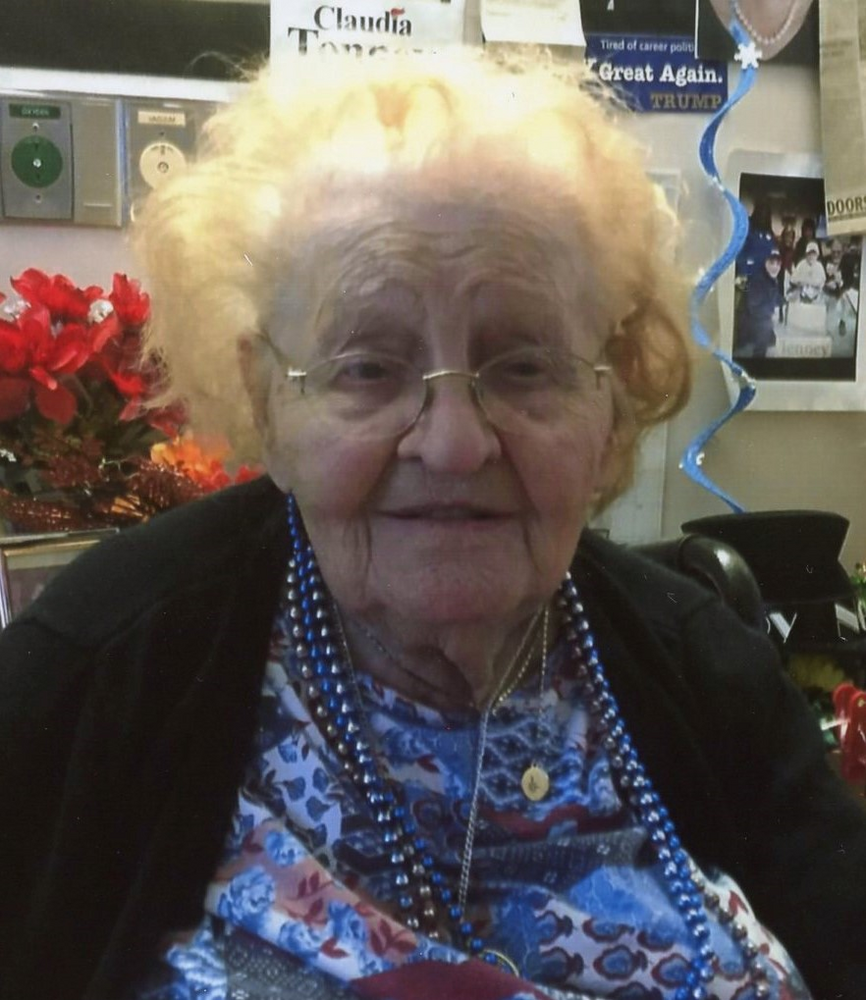 One of Oneida County's Oldest Residents

Mary, a staunch Republican was still voting in her elder years and campaigned for many of her party's nominees. Mary was responsible for getting out the vote for Donald Trump for many of the RHCF residents in the 2016 election. At 103, Mary put a Trump bumper sticker on the back of her wheelchair and urged her friends, residents and staff to cast their vote for Trump. In her hundreds, Mary was still passionate about politics, but also was happy to talk about what she calls a "good life." She was an avid Yankee fan and never missed a game. Mary's favorite pastime was to shop. Give her hot peppers (the hotter they were the better), macaroni and Italian bread and she would be happy.

Mary worked at the former Decker's Dress Shop and Stewart's in Rome and later became manager of Kannoff's Department Store, in the old Sear's Plaza, for over thirty-three years.

Surviving is a nephew, James (Robin) Zakala, Mary's best friend, Terry Stanwix , all of Rome, and several nieces, including Marie Mezza, Utica, nephews, great-nieces and nephews; Lu Ann and Gina Marie Mezza, Jennifer (Tony) Torres, Margaret Ann (Joe) Cucharale , all of Utica and great-great-nephews and nieces; Chuck and Anthony Torres, Kali and Karissa Cucharale, all of Utica and cousins. She was predeceased by three brothers; Joseph, Anthony (Slim) and Kenneth Mezza, three sisters; Pasqualina Grasso, Josephine Link and Anita Walker, her nephew, Chuck Mezza who she raised as if he was her own, sisters-in-law; Mary Zakala and Stella Mercurio.

The family wishes to express a special thank you to Rome Health Residential Health Care Facility Staff who went over and above in caring for Mary.

Memorial contributions may be made in Mary's name to a charity of one's choice.