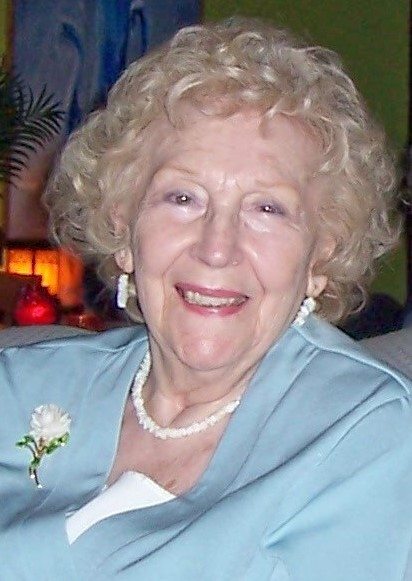 Please share a memory of Jean to include in a keepsake book for family and friends.
View Tribute Book
Jean Elizabeth (Spinella) Joseph, 101, of Rome, entered into eternal rest on Saturday, September 25, 2021 at Rome Health with her family by her side. Jean (the youngest of eight children) was born in Rome, NY on August 24, 1920, daughter of the late John and Rosalia (Scazzari) Spinella. On June 20, 1945, Jean married George A. Joseph Sr., and together they raised four children: Barbara, George, Anthony and Ron. Jean had a passion for music and also enjoyed cooking, baking, gardening and was an avid reader. She was also a proud supporter of the Drums Along the Mohawk pageants held at RFA stadium. over the years she became affectionately known as 'Miss Jean', opening her home to members of numerous drum corps from across the nation, providing them with refreshments and baked goods. As a tradition of appreciation, drum corps would line up in full dress in front of her home and give 'Miss Jean' a special performance. Jean was a communicant of Saint Paul's Church in Rome. Surviving are two sons and daughters-in-law: Anthony and Kathy Joseph of Oswego and Ron and Janice Joseph of Rome, son-in-law, Edward Jaskolka of Yorkville, four grandchildren: Scott Jaskolka, Matthew Jaskolka, Joshua and his wife, Rose Joseph and Courtney Joseph and two great- grandchildren: Taylor Strouse and Adam Jaskolka. Jean was predeceased by her parents John and Rosalia, her husband George, her daughter Barbara Jean Jaskolka, her son George A. Joseph, Jr.; five brothers: Paul, Joseph, James, Samuel, and John Spinella; and two sisters: Mary Lovaglio and Jennie Bottcher. The family wishes to thank the amazing ER and 2nd Floor East staff of Rome Health for the utmost compassion and care given to Jean in her final hours. Private funeral services will be held at the convenience of the family. There are no calling hours. Burial will be at St. Mary's Cemetery, Rome. Arrangements have been entrusted to the Nicholas J. Bush Funeral Home, Inc., 7751 Merrick Rd. To offer online condolences, please visit www.njbushfuneralhome.com

There are no calling hours. Funeral Services will be private.
Online Memory & Photo Sharing Event
Online Event
About this Event

Share Your Memory of
Jean
Upload Your Memory View All Memories
Be the first to upload a memory!
Share A Memory
Send Flowers
Plant a Tree