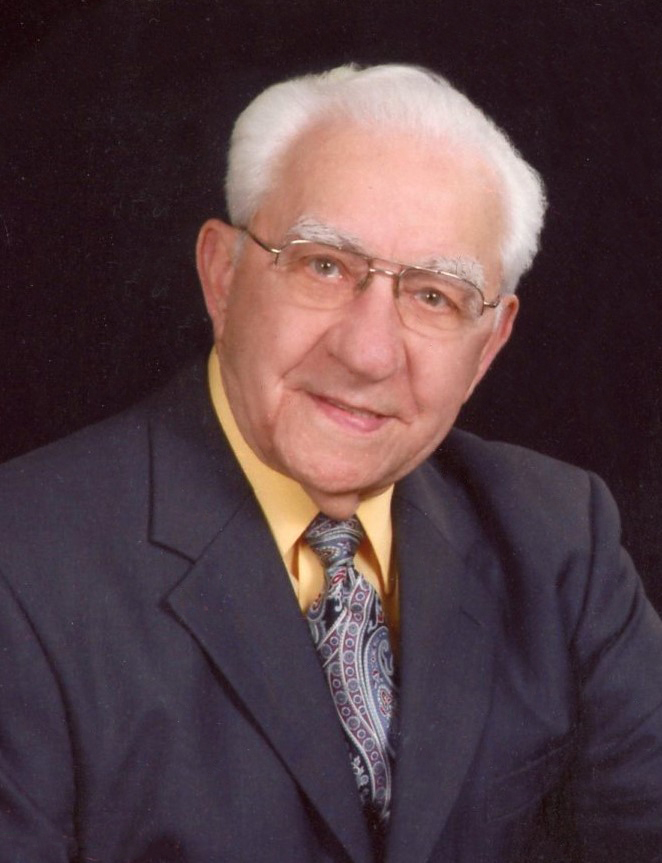 Please share a memory of Raymond to include in a keepsake book for family and friends.
View Tribute Book
Raymond Peter Wakulik, age 94, of Rome, passed away peacefully on Friday, November 5, 2021 at Rome Health due to complications from Covid-19. Born on December 24, 1926 the son of Ukrainian immigrants Anna Kobito Wakulik and Alexander G. Wakulik, he was a lifelong resident of Rome, NY. Before finishing high school at RFA, he enlisted in the U.S. Navy during WWII to serve as a radio technician aboard the USS Oregon City. Upon his discharge, he returned to the area working at WRUN as a radio technician under Dick Clark and then dedicated over 30 years serving the City of Rome at the Rome Fire Department before retiring. Raymond married Dolores Mable Coluccio on July 11, 1948. They built their home in the early 1950s where both resided for the remainder of their lives. Dolores passed away in 2008. He was a dedicated member of the First United Methodist Church of Rome, where he sang in the choir for decades, as well as a frequent attendee at Rome Community Theatre and Capitol Theatre productions. A lover of music, Raymond was well versed in many instruments, particularly the keyboard and accordion. He sports a 'perfect record' in attending all of his grandkids' theatre, dance and orchestra shows and even took dance classes and appeared in The Nutcracker himself. In his later years, he loved spending nearly every day with his companion Clara Washburn - both of whom considered each other their 'bonus in life' - with frequent trips to Lancaster and local restaurants. In 2005, Raymond was proud to finally receive his RFA diploma alongside his grandson, Jake. Raymond is survived by daughter Nancy Calandra, son-in-law, Frank Calandra, and a son, Raymond Walkulik II, all of Rome, grandchildren Nicole Barretta (husband Brian), Joshua Jeffery (fiancé, Andrew Schultz), and grandson, Gordon "Jake" Jeffery III (wife Rana Kahlil) as well as a wide family of nieces, nephews, cousins, and close friends. Raymond is predeceased by wife, Dolores, parents, Anna and Alexander, brothers; Chester and George, sister, Stephanie Budzynski, son-in-law, Gordon Jeffery II, and infant granddaughter, Ashley Rose. The family wishes to express a special thank you to Jen and the nurses in ICU at Rome Health. Calling hours are entrusted to Raymond's close friend, Nicholas Bush, at the Nicholas J. Bush Funeral Home Inc., 7751 Merrick Road on Wednesday, November 10, 2021 from 4-7 p.m. Funeral Services will occur at First United Methodist Church of Rome, on Thursday, November 11, 2021 at 12:00 p.m. Masks and vaccinations are strongly requested at both services. Burial with Military Honors will occur at Rome Cemetery. Memorial contributions may be made in Ray's name to: First United Methodist Church of Rome, 400 N. George St., Rome, NY 13440 To offer online condolences, please visit www.njbushfuneralhome.com
Wednesday
10
November

Share Your Memory of
Raymond
Upload Your Memory View All Memories
Be the first to upload a memory!
Share A Memory
Send Flowers
Plant a Tree