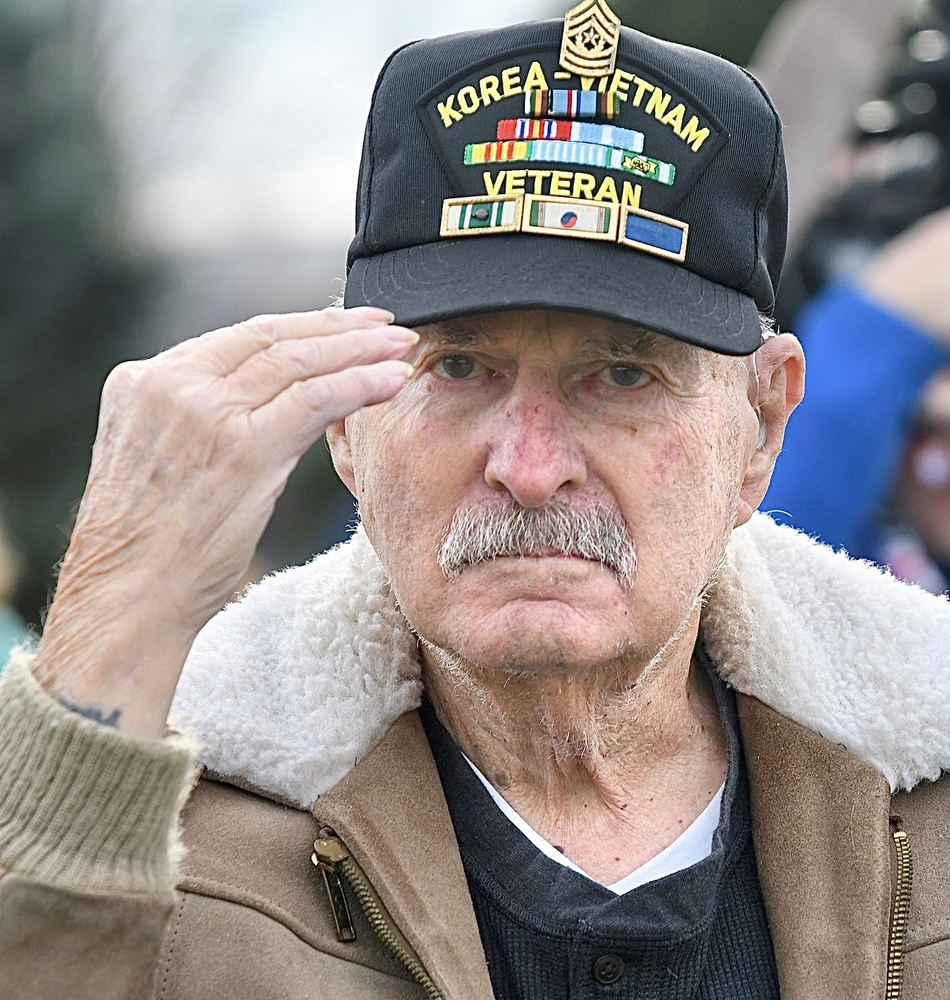 Please share a memory of William to include in a keepsake book for family and friends.
View Tribute Book

William Phillip Lambert, 90, of Rome, entered into eternal peace on Sunday, January 30, 2022, at Betsy Ross Nursing and Rehabilitation Center after a brief illness. He was born in Greenfield, MA on March 23, 1931, to Phillip and Juliette Charland Lambert.

Bill was a proud family man and Air Force veteran who served as a munitions technician and combat arms instructor, retiring in 1970 as Tech Sergeant from Griffiss AFB, where he received many awards for his marksmanship skills. He also served with the NYS Air National Guard until shortly after 911. Bill, and later his family, were stationed during the Korean and Vietnam Wars in Korea, the Philippines, Okinawa, Hong Kong, and Formosa, as well as Hawaii, Texas, New Mexico, Washington, New York, and Massachusetts in the states. It was while serving at Otis AFB on Cape Cod that Bill met a young Joyce Assaf who was vacationing with friends. After a whirlwind courtship, they were married within the year on October 23, 1954, in her hometown of Brooklyn, NY.

Bill attended St. John the Baptist Church where he served as a Eucharistic Minister and was a member of the Men's Club. He was a Past Grand Knight of the Rome Knights of Columbus #391 and served as Faithful Navigator, 4th Degree Knight and District Marshall for the NYS District. He was a member of the VFW Rome Post # 2246 and the H.P. Smith Post #24 American Legion, and a Trustee of the Military Officers Organization of America. Bill was an avid hunter and fisherman and made many close friendships in the region through his love of stamp and coin collecting, history, and genealogy; he traced his family back ten generations to Rouen, France and to New France (Canada). He managed the Meadowbrook and Yorkshire Apartments and worked at the Transfiguration School, where he was known as "Mr. Bill." In "retirement" he volunteered his knowledge and energy at Erie Canal Village, as well as to many projects at his children's homes.

He is survived by Joyce, his wife of 67 years, and children Georgine (Joseph) Luczynski of Rome; Jeannine (Mark) Olney of Westernville; Peter (Donna) Lambert of Chelmsford, MA; Denine (Paul) Surette of Hanover, MA; and Paul Lambert (Rick Lord) of Bennington, VT; he is also survived by ten grandchildren and 14 great-grandchildren who already miss their "Papa Bill" and his special handshake. Bill was predeceased by his parents and his sister, Jeanette Therisa Lambert.

The family would like to thank the doctors, nurses, and palliative care teams at Rome Health and Betsy Ross for the compassionate care and comfort they provided in Bill's final days.

A Mass of Christian Burial will be held on March 26 at 11:00 a.m. at St. John the Baptist Church in Rome, NY.  Entombment will be at the Gerald B. H. Solomon Saratoga National Cemetery, with full Military Honors. There are no calling hours. In lieu of flowers, friends are encouraged to make a contribution in Bill's name to the New York State Vietnam Veterans Memorial Fund, Inc., c/o Richard J. Falcone, Sr., 210 Elm Street, Rome, NY 13440.

Share Your Memory of
William
Upload Your Memory View All Memories
Be the first to upload a memory!
Share A Memory
Send Flowers
Plant a Tree