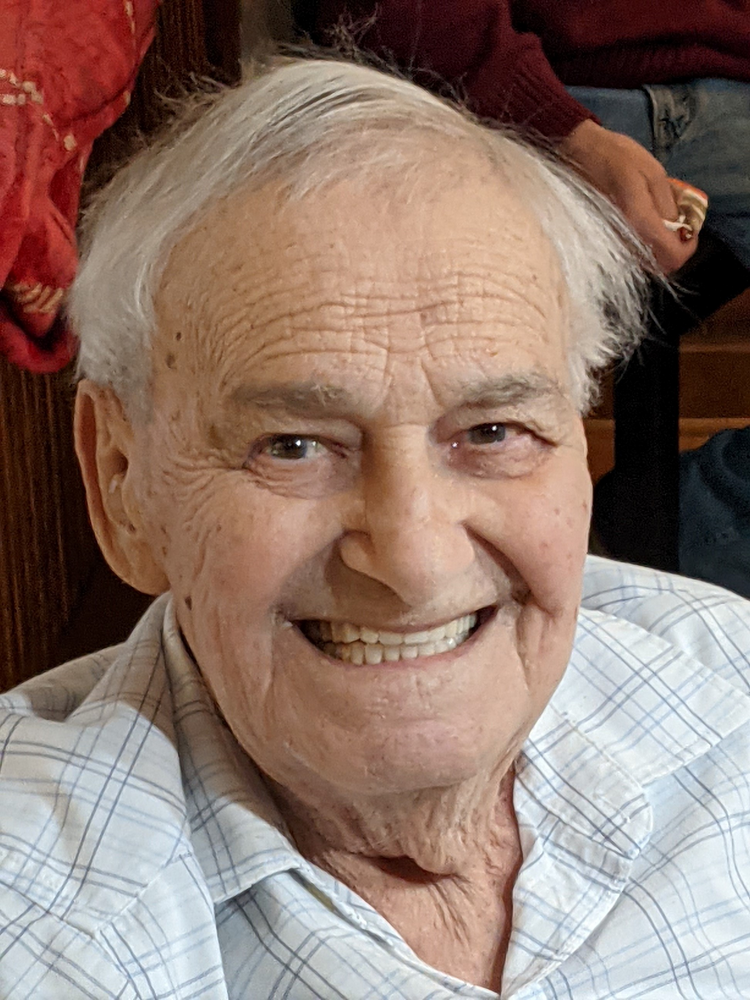 Please share a memory of John "Tut" to include in a keepsake book for family and friends.
View Tribute Book
John Pereto, 95, of Rome, passed away on Friday, February 4, 2022 at Bethany Gardens. He was born in Rome, NY, on May 13, 1926 son of the late John and Edna Davis Pereto. He honorably served with the Army Air Forces as a Sergeant and B-17 Aerial Gunner during WWII. John received the American Campaign Medal, Good Conduct Medal and WWII Victory Medal. In 2001, John received his High School Diploma under the "Operation Recognition" program. This New York State program was designed to recognize the sacrifices the World War II Veterans made by going to war instead of going to school and to recognize the life education they received both in war and peace time. On June 11, 1949 he married, Nan D. Petrie in St. John the Baptist Church. She passed away on August 14, 2003. John retired in 1988 from the Rome City School District's Grounds Department. He was a member of St. John the Baptist Church and H.P. Smith Post # 24 American Legion. John enjoyed hunting, golfing and 'lively" conversations with his brothers. Surviving are two daughters and a son-in-law, Robin and Timothy Hogan and Marybeth Schuler (Howard Scheible), all of Rome, two grandsons, Daniel and Derrick Hogan. Also surviving are two sisters-in-law, Mary Pereto, Rome, Delores Orians, Rochester and several nieces and nephews. He was predeceased in death by his wife, Nan, brothers and sisters-in-law; Richard Pereto, Ralph "Cheech" and Judy Pereto, Alfred "Scotty" and Marilyn Pereto, and Roger "Dude" Pereto, three sisters and brothers-in-law; Edna and Ken Key, Elizabeth and Earl Hall and Jessie and Donald Dunn. Funeral Services will be held on Wednesday, February 9, 2022 at 6:00 p.m., at the Nicholas J. Bush Funeral Home, Inc., 7751 Merrick Rd. Friends may call at the funeral home on Wednesday, prior to the service from 4-6 p.m. Spring Burial will be in St. John the Baptist Cemetery. In lieu of flowers, contributions may be made in John's name to H.P. Smith Post # 24 American Legion, 325 Erie Blvd. W., Rome, NY 13440 or Fisher House Foundation, P.O. Box 791598, Baltimore, MD 21279. To offer online condolences, please visit www.njbushfuneralhome.com
Wednesday
9
February

Share Your Memory of
John "Tut"
Upload Your Memory View All Memories
Be the first to upload a memory!
Share A Memory
Send Flowers
Plant a Tree