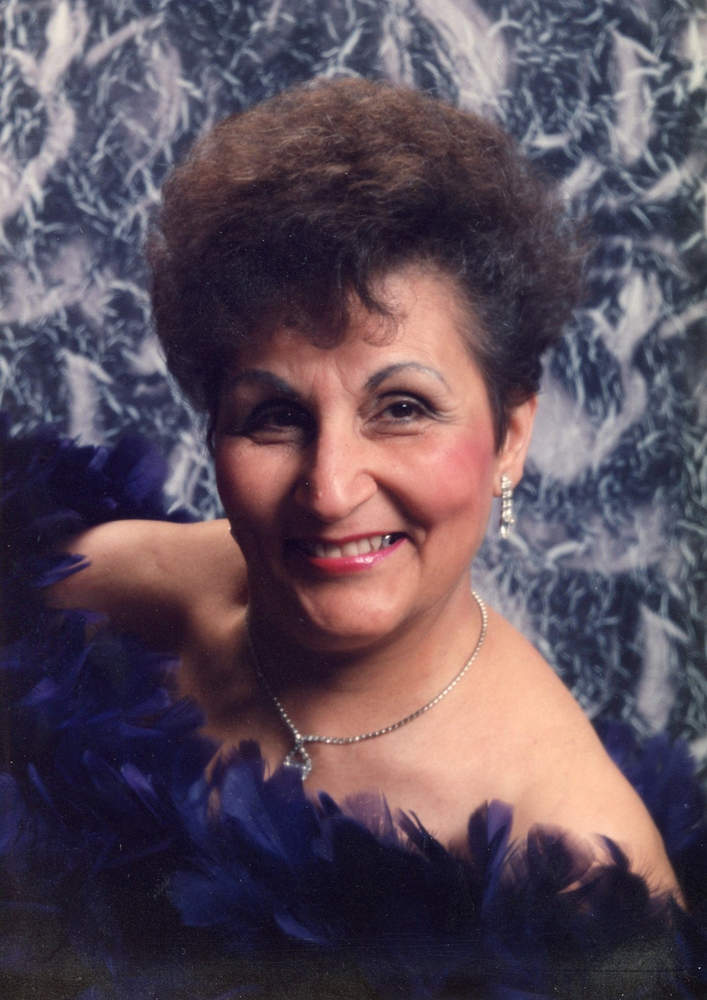 Please share a memory of Joyce to include in a keepsake book for family and friends.
View Tribute Book

Joyce Marie Lambert, 87, of Rome, entered into eternal peace on Monday, February 7, 2022, at Betsy Ross Nursing and Rehabilitation Center while surrounded by members of her family. Joyce's passing follows the death of her husband Bill eight days earlier on January 30, 2022. The daughter of John Joseph and Rose Helen (Sahyan) Assaf, she was born in Brooklyn, NY on October 17, 1934.

Joyce attended St. Anselm Catholic Academy in Bay Ridge, Brooklyn, and graduated from St. Saviour High School in 1952. On a subsequent vacation with friends on Cape Cod, she met William Lambert, a young Air Force munitions technician and combat arms instructor stationed at Otis AFB. Bill swept Joyce off her feet, and they were married within the year on October 23, 1954, in Brooklyn, NY.

Joyce and Bill raised their family while Bill continued his military service; they were ultimately posted to Griffiss AFB in Rome, the community they called home for almost 60 years. After raising five children, Joyce launched a "second" career at ERA Mark I Realty in Rome, where she was the office manager for many years.

Joyce was a woman of strong faith and attended St. John the Baptist Church, where she was a Eucharistic Minister and Lector. She was active in the community, serving as a leader in the PTA, the Girl Scouts, and the Newcomers Club; she was also one of two surviving members of the Embargo Street Coffee Club, a group of neighbors who met weekly to share child-rearing tips, recipes, stories, and good times. She was a ferocious reader, enjoyed trips to Brooklyn to visit her family and childhood home, and took great delight in anything involving her grandchildren and great-grandchildren. She will be missed.

Joyce is survived by her beloved children Georgine (Joseph) Luczynski of Rome; Jeannine (Mark) Olney of Westernville; Peter (Donna) Lambert of Chelmsford, MA; Denine (Paul) Surette of Hanover, MA; and Paul Lambert (Rick Lord) of Bennington, VT; ten grandchildren and 14 great-grandchildren who adored their "Noni" and "Marge"; dear sisters Jeanette (Joseph) Montemarano of Tamarac, FL and Charlene (Jerome) Burdi of Brooklyn, NY; and nephews and friends. Joyce was predeceased by her parents and her husband of 67 years, Bill.

The family would like to thank the home healthcare aides from Independence Care who looked after Joyce in her final years, as well as the doctors, nurses, and palliative care teams at Rome Health and Betsy Ross who provided compassionate care and comfort these last few days.

A Mass of Christian Burial will be held on March 26 at 11:00 a.m. at St. John the Baptist Church in Rome, NY with the Rev. Paul F. Angelicchio officiating.  Entombment will be at the Gerald B. H. Solomon Saratoga National Cemetery. There are no calling hours. In lieu of flowers, friends are encouraged to make a contribution in Joyce's name to the Humane Society of Rome, P.O. Box 4572, Rome, NY 13442-4572.

Share Your Memory of
Joyce
Upload Your Memory View All Memories
Be the first to upload a memory!
Share A Memory
Send Flowers
Plant a Tree