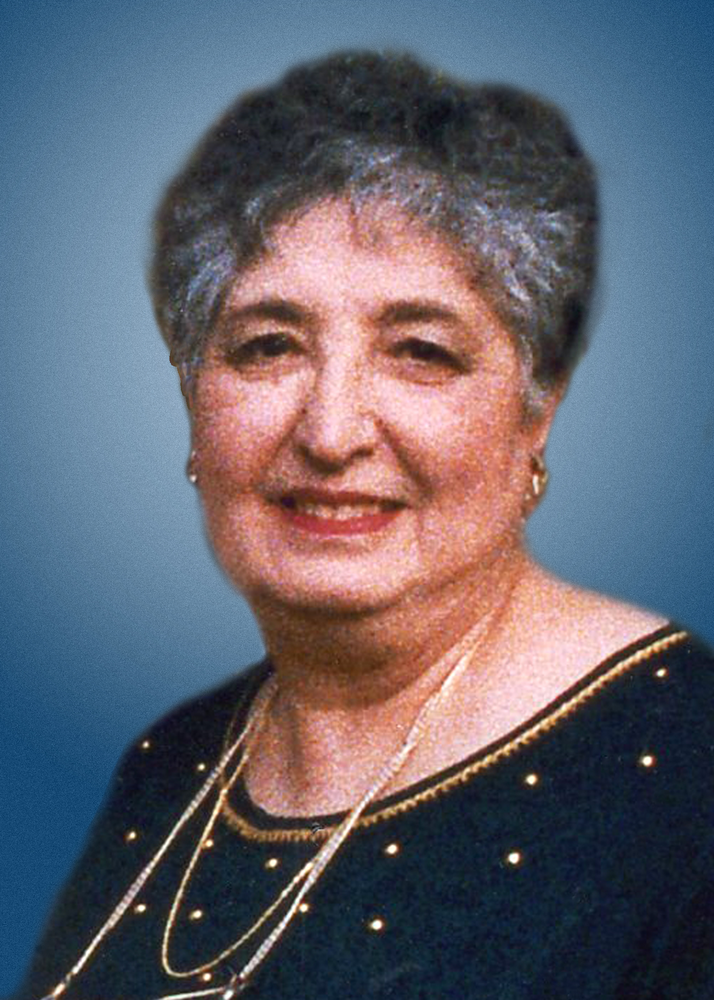 Please share a memory of Mary to include in a keepsake book for family and friends.
View Tribute Book
Mrs. Mary N. Greco, 91, of Rome, passed away on Sunday, March 20, 2022, spending all but the last few moments of her life in the dignity of her home, with the comfort of her family. Mary was born on November 24, 1930 in Rome, NY, the second daughter of the late Pasquale and Helen (Butch) Natale. She attended Columbus School and graduated with the Class of 1948 from Rome Free Academy. Upon graduation Mary was employed as a secretary at Baum's Castorine Company until 1952 when she took a position as secretary and branch administrator in Radar Laboratory of the Rome Air Development Center at Griffiss Air Force Base. On April 24, 1965 Mary was united in marriage to Vito P. Greco, a blessed union of thirty-four years until his passing, September 3, 1999. Mary was a member of several community organizations, including South Rome Senior Center, Gals Club, NARFE, Wednesday Morning Club, Magnolia Twigs and Fort Stanwix Garden Club. As a member of the garden club, she served as president, publicity chairman and historian. Fort Stanwix Garden Club received several awards during her tenure as historian. She was very involved in her children's school activities when they were young. Mary enjoyed playing bridge, mahjong and reading. Surviving are her children: Dr. Mary Ellen Greco Sullivan and her husband Timothy, Syracuse, NY, Vito J. Greco and his wife Michelle and their children, Vito and Isabel, N. Easton, MA, and Patricia Greco Peters and her husband Dennis, Pittsford, NY. Also surviving are her sister, Palma Perfido, brother-in-law, Frank Santoro, sister-in-law, Dr. Anne Greco as well as several nieces and nephews. She was predeceased by her parents, her husband, Vito, his parents, Vito and Rose Greco, sisters and brothers-in-law: Rose and Michael Swerediuk, Connie and Alfred Festa, Helen Santoro, Nick Perfido, Pauline Greco, and Frank Greco, as well as a special first niece, Mary K Swerediuk. Funeral Services will be held on Friday March 25, 2022 from the Nicholas J. Bush Funeral Home, Inc., 7751 Merrick Rd., Rome, at 12:45 p.m., and at St. John the Baptist Church at 1:30 p.m., with the Rev. Paul F. Angelicchio officiating. Friends may call at the funeral home on Thursday, March 24, 2022 from 4-7 p.m. Burial will be in St. John the Baptist Cemetery. Memorial contributions may be made in Mary's name to: Parish Visitors of Mary Immaculate, Marycrest Convent, P.O. Box 658, Monroe, NY 10949-0658 or St. John the Baptist Endowment Fund, 210 E. Dominick St., Rome, NY 13440. To offer online condolences, please visit www.njbushfuneralhome.com
Thursday
24
March