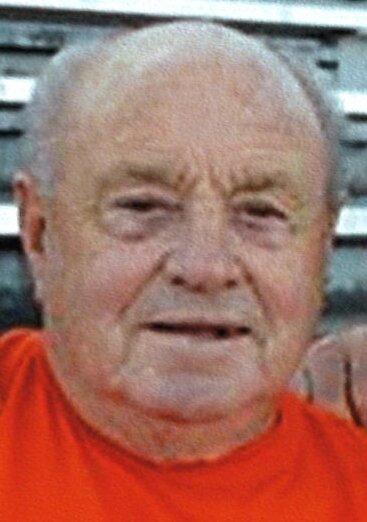 Please share a memory of Anthony to include in a keepsake book for family and friends.
View Tribute Book

Anthony was born in Rome, NY on October 6, 1930 a son of the late James and Mary (Tardugno) Smaldon. He was raised and educated in local schools where he graduated from Rome Free Academy and was a proud U.S. Army veteran. On November 6, 1944 he married the former Jacqueline “Jackie” Thomasina Bova the couple shared in a union blessed with more than fifty- one years of marriage prior to his beloved wife’s passing on September 12, 2005. At one time Curly had been the co-owner and operator of the Fort Stanwix Hotel along with his father-in-law, Sam Bova. His memberships include the American Legion Post No. 1846 of Western, NY, and the Rome Elks Lodge #96.

Curly is survived by two daughters, Laurie Smaldon of Milford, CT, and Sally Smaldon March and her husband, Thomas March both of Rome; Grandchildren, Samantha Alder and her husband, Seamus Warakomski of Milford, CT., Robert Anthony Alder of Houston, TX, and Dusty Smaldon of Milford, CT.; a nephew, Kenneth Pouliot; and a cousin, Frank Retrosi both of Rome; and his canine companion, Zelda. He was preceded in death by a grand-feline, Lucky Smaldon; a sister and brother-in-law, Maryrose and Romeo Pouliot; and five brothers and sisters-in-law, Captain James Smaldon, Eddie and Elizabeth Smaldon, Frankie and Catherine Smaldon, Michael and Dolly Smaldon, Ralph and Jeanette Smaldon, an infant brother, James Smaldon; and a cousin, Arthur Smaldon who was like a brother to Curly.

In keeping with Curly’s wishes there will be no public visitation. A Mass of Christian Burial will be celebrated on Thursday, April 21, 2022, at 2:00 p.m. at St. John the Baptist Church, 210 E. Dominick Street, Rome, with the Rev. Paul F. Angelicchio officiating. Entombment will follow in St. Joseph Cemetery in Utica.

In lieu of flowers, memorial contributions may be made in Curly’s name to: Anita’s Stevens Swan Humane Society, 5664 Horatio Street, Utica, NY 13502.

Share Your Memory of
Anthony
Upload Your Memory View All Memories
Be the first to upload a memory!
Share A Memory
Send Flowers
Plant a Tree