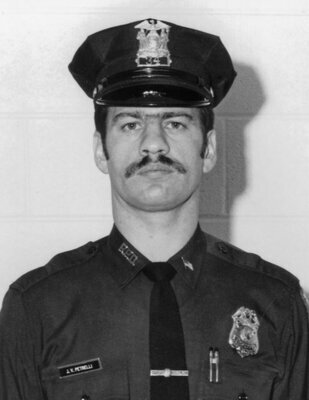 Please share a memory of Joseph to include in a keepsake book for family and friends.
View Tribute Book

Joe was born in Rome, NY on August 27, 1944 a son of the late Joseph S. and Victoria (Bartolotti) Petrelli. He was raised and educated in Rome where he graduated from Rome Free Academy with the class of 1962. He furthered his education at MVCC.

Mr. Petrelli enlisted in the U.S. Navy in 1963 and served until 1967 where he worked as an Aviation Machinist Mate aboard the USS Independence, he served in the South China Sea during the Viet Nam War. At the end of his service, he aspired to Aviation Machinist Mate Plane Captain. On February 20, 1971 he married the former Anita Palmon a union that spanned over 51 years.

He was inducted to the Rome Police Department in January of 1972 as a Patrolman and retired as a Senior Juvenile Investigator in December of 1995.

Joe was a devoted walker and an avid golfer; on Father’s Day in 2009 he made a hole in one on the fourth hole of Sandstone Hollow.

He is survived by his wife Anita; a son and daughter-in-law, Joseph and Beth Petrelli of Lynbrook, NY; a daughter and son-in-law, Denise and Tom Jones of Rome; three grandchildren, Samantha Petrelli of Lynbrook, NY, Carter Jones, and Owen Jones, both of Rome; a sister and brother-in-law, Virginia and Joe Consiglio; and will be sadly missed by the grandpups, Remedy, Gem and Annie. He is also survived by several nieces, nephews, great nieces, great nephews, cousins and in-laws, Alfonso and Elizabeth Palmon, and Marie Petrelli. He was preceded in death by a brother, Anthony Petrelli; and a sister, Joanne Sheehan.

The family would like to thank the staff at Nascentra Hospice, and the many friends and family members that surrounded them with prayers, friendship, and food.

Look inside to read what others have shared
Family and friends are coming together online to create a special keepsake. Every memory left on the online obituary will be automatically included in this book.
View Tribute Book
Share A Memory
Send Flowers
Plant a Tree