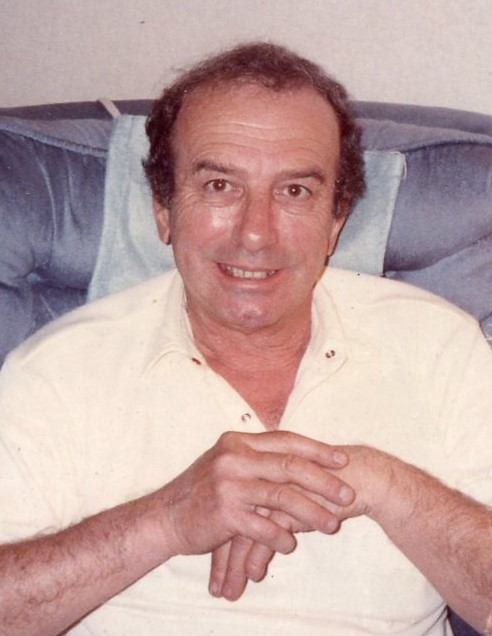 Please share a memory of Anthony to include in a keepsake book for family and friends.
View Tribute Book
Anthony (Tony) Nasto, 85, beloved husband and father passed away on March 4, 2018, with his loving family by his side. He was born the son of the late Carl and Julia (Norelli) Nasto. Tony was born, raised and educated in Rome NY. He attended Rome Free Academy. He chose his 20th birthday to enlist in the United States Air Force where he served four years. After being honorable discharged he remainedin Rome working at Griffiss Air Force Base in the 485th working as a civilian with the Federal Government as an aircraft mechanic and after numerous awards and "superior performance" certificates and reviews ended his 34 year career as an Electronics Mechanic Foreman. His career took him around the world. Germany, Spain, Italy and Greenland were just a few places he went to maintain and install radar systems. Tony's team was the NY Yankees. He enjoyed playing Bocce at the Toccolana Club with the guys and participated in several World Series of Bocce tournaments. He formerly served as treasurer. Tony liked to cook like the true Italian that he was but most importantly he worked and lived for his family. He attended his children's and grandchildren's sporting events, school events and dance performances. His famous saying was "if you can't give to your grandkids who can you give to?" He cherished his family and married the girl of his dreams, Connie, on her birthday, June 2,1962, at St. Stanislaus Church in Utica. Surviving are his children: Reyne(Michael)Mattie,Rome, Dawn Nasto, Rome, Grandchildren; Nicholas Mattie, Jena Mattie, Jared Mattie and Cole Mattie, Great grandson: Mason Mattie. Also, surviving brother: Robert and Deborah(sister-in-law) Nasto, New Hartford, NY. He was predeceased by his brothers and sisters, Richard Nasto, Patsy and Liz (Bellman) Nasto, and Ann Marie (Angelo) Perfetti. A Mass of Christian Burial will be held on Friday May 13, 2022 at 11:00 a.m., at St. Peter's Roman Catholic Church, 200 N. James St., NY, in unity for Anthony and his late wife Connie Nasto. There are no calling hours. In lieu of flowers, memorial contributions may be made in Anthony's name to: YWCA of the Mohawk Valley Attn: Lucy's House, 7 Rutger Park, Utica, NY 13501 Arrangements are by the Nicholas J. Bush funeral Home, Inc., 7751 Merrick Rd., Rome, NY. To offer online condolences, please visit www.njbushfuneralhome.com
Friday
13
May

Share Your Memory of
Anthony
Upload Your Memory View All Memories
Be the first to upload a memory!
Share A Memory
Send Flowers
Plant a Tree