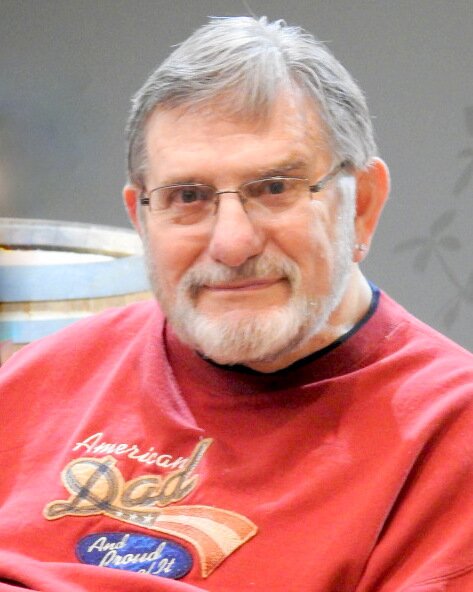 Please share a memory of Vaughn to include in a keepsake book for family and friends.
View Tribute Book

Vaughn was a graduate of Rome Free Academy Class of 1956. He played football at RFA and was on the swim team recognized as a top Section III diver.  Vaughn also played the trumpet in the RFA high school band.  After high school he played semi-pro football (Tight End) with the Frankfort Falcons and the Utica- Rome Chiefs.  After high school Vaughn traveled with a professional trampoline act for several weeks entertaining local schools.  He was also an avid softball player.  Vaughn served with the U.S. Army 101st Airborne Division “Screaming Eagles” from 1961-1963, where he received the Parachutist Badge and Expert Rifle Badge.  He retired as a Journeyman Electrician from IBEW Local 43, and was a True Blue member of the original IBEW Local 181 Utica, NY. Vaughn was a member of the American Legion Post 1794 for twenty years, Lifetime Member of DAV.  Vaughn joined the Taberg Volunteer Fire Department in 1965.  His roles included that of Parade Chairman and President.  He enjoyed using his military experience to help train with members when marching in local parades. They brought home many trophies for their efforts.

Fridays were always set aside at Vernon Downs for Vaughn and his friends from grade school, lovingly referred to as the “Cronie Club” since their friendship spanned seventy plus years.  They met for breakfast, pooled their money to play the machines and then a regular visit to the track.  His close friend Geno Gizzi has been steadfast and true like a part of our family which has made for many cherished memories.

Our entire family wants to extend thanks and appreciation to Dr. Richard Sullivan, Jim O'Rourke, Joe Perrone and the staff both at the VA here in Rome and in Syracuse. Their care, concern and friendship over the years has been a great source of strength to us that I will always cherish. We share a special bond "family". Also, our family would like to acknowledge the staff at Bethany Gardens for their compassionate care for Vaughn.  He made many new friends there.  The nursing staff and the certified nursing assistants went well beyond our expectations in caring for Vaughn.  They truly are a special group of people!  We can’t thank them enough.

In lieu of flowers memorial contributions may be made to Disabled American Veterans (DAV) or to Bethany Gardens, Rome, NY.

Share Your Memory of
Vaughn
Upload Your Memory View All Memories
Be the first to upload a memory!
Share A Memory
Send Flowers
Plant a Tree