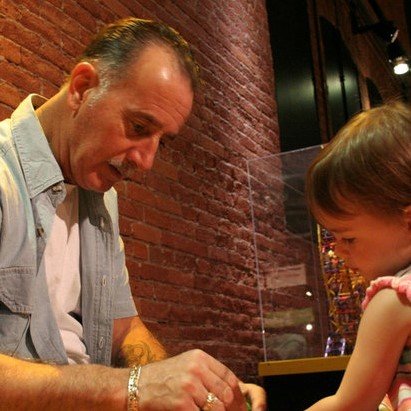 Please share a memory of Michael to include in a keepsake book for family and friends.
View Tribute Book
Michael David Grifasi passed away on Monday, April 20, 2020 from complications associated with COVID-19 at St. Elizabeth's Hospital in Utica, NY. Born in Rome, NY on January 19, 1950 to Francis V. and Elizabeth A. Grifasi, Michael was raised alongside his brother Gary Grifasi and aunt Anna Molony (Neri) in a home filled with love and pasta and grilled meats. Michael attended Mohawk Valley Community College after graduating from Rome Free Academy and also served in the National Guard. Michael met his only wife, now Donna Hughes, in the 70s and, over time, had three children - Michael G. Grifasi (Karly M. Grifasi), Marissa Grifasi Williams (Kyle Williams), and Marc A. Grifasi (Kayleigh Zabele). For a little over a decade, Michael and his family lived in San Diego, CA, where Michael worked his way up into the corporate offices of the Wendy's restaurant chain. In the late 80s, Michael and his family returned to Rome, NY where he would, eventually, go on to being in the first cohort of hires at the Turning Stone Casino, a place where he retired from in 2017 after more than 20 years of employment. Michael was diagnosed with Parkinson's disease in 2007 which, over time, impacted his mobility. It was also in the same period where Michael became a grandfather - a role that he embraced with passion, that kept his spirit alive. Missing him today are his four grandchildren Luca B. Grifasi, Elijah R. Grifasi, Graeme R. Williams, and Magnolia M. Williams. A life in totality is an amalgamation of good times, misdeeds, loss, love, regret, promises, forgiveness, retribution, and, ultimately, acceptance. Despite the complications and the imperfections, Michael found love and joy in his life. He had friends everywhere he went, he was kind and chivalrous to strangers, he had a fondness for movies (mostly bad ones) and sugary treats, a strong devotion to his mother and father, and a love for music - both classic and contemporary rock. But nothing stood close to his love for his grandchildren. Michael and his family would love to thank those caregivers who treated him with dignity over the last couple of years, as well as, over the last nine days, the ICU nurses at Rome Hospital and St. Elizabeth's. A special thank you to all of the friends and family who visited with him and who brought him meatball subs that he wasn't supposed to eat, and to his former wife Donna Hughes and her husband Robert Hughes and the Zabele family for opening their homes to him throughout the years. A celebration of life ceremony will be planned in good time and you will all be invited. To offer online condolences, please visit www.njbushfuneralhome.com. Michael's family asks that, if so inclined, gifts be given to The Michael J. Fox Foundation at www.michaeljfox.org. Arrangements are by the Nicholas J. Bush Funeral Home, Inc., 7751 Merrick Rd.

A Celebration of Life will be held at a future date.
Online Memory & Photo Sharing Event
Online Event
About this Event

Share Your Memory of
Michael
Upload Your Memory View All Memories
Be the first to upload a memory!
Share A Memory
Send Flowers
Plant a Tree